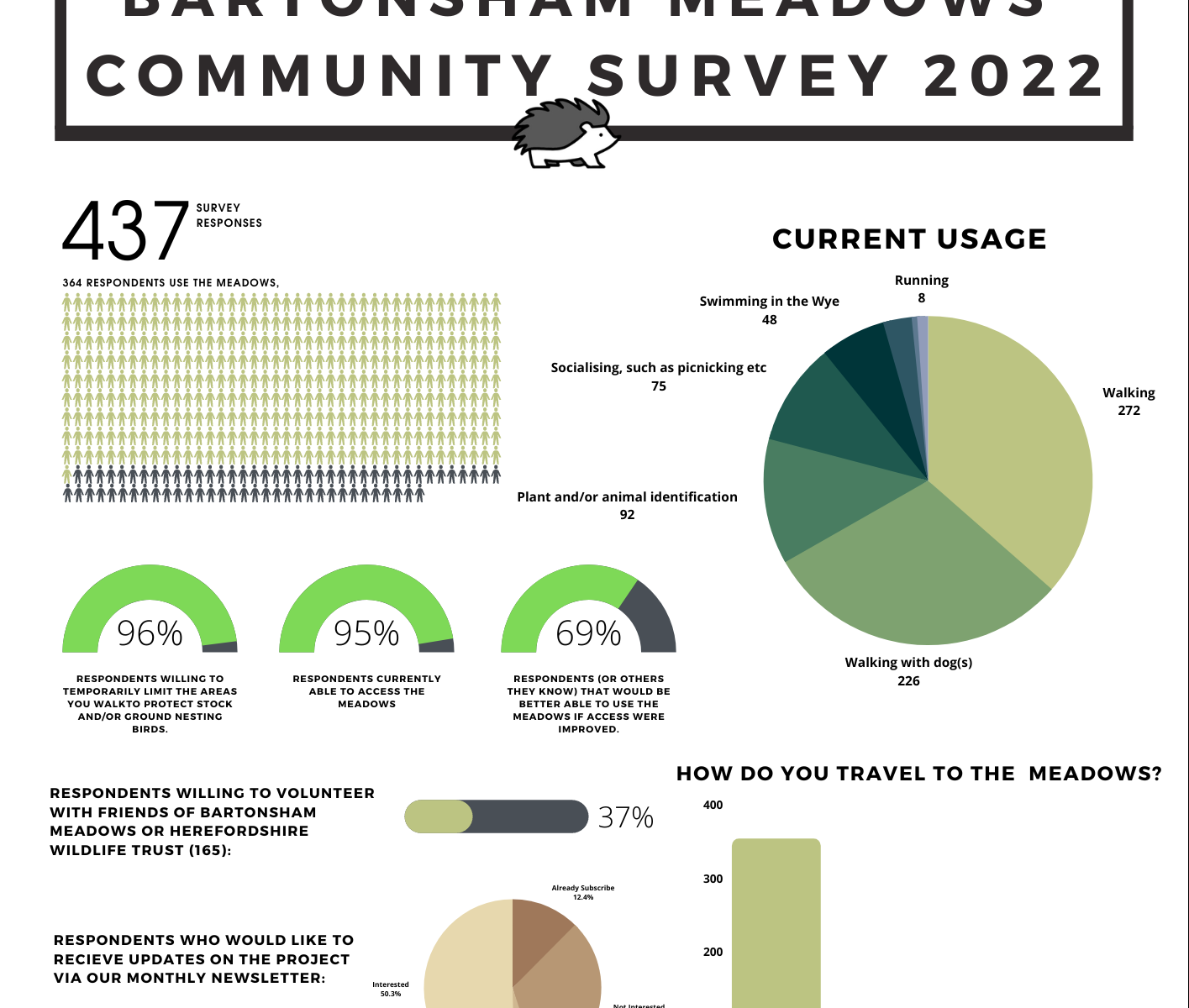 At FoBMs first AGM we were delighted to welcome over 60 people to the Scout Hut on Park Street / Eign Road, including lots of local residents, local councillors, and officers and trustees of the Wildlife Trust. After refreshing refreshments including fabulous dock seed cake and perry, Jeremy Milln facilitated the reelection of Fobm’s officers: Ruth Westoby as Convenor (aka chair), Dick Jones as Treasurer, and Gareth Dart as Secretary. In line with our constitution all ‘members’ can vote – members include anyone who supports our aims, signs up for our newsletter, and optionally supports us financially. Our constitution is on
our website link.

Dick gave a super-snappy treasurer’s report. Our accounts are made up to 2021 with a surplus of £450 and the forecast for the year to 31st August 2022 will show a surplus of just over £3,500 and funds just in excess of £4,000. Thanks so much to everyone who has contributed. If you would like our bank details to set up a donation please email us – info@friendsofbartonshammeadows.org (this does not incur charges so we receive all of the donation).

Ruth gave the chair’s report. She divided FoDMs activities into three completed phases, and a potential fourth phase should the twenty-five year lease be signed.

In the event that HWT and CC sign a long lease

In the event HWT negotiations break down revert to phase 2

Ruth emphasised the pragmatic nature of the project in seeking a practical long term solution for Bartonsham Meadows, and that the Friend’s group have never had land management control nor sought it. Instead we have sought partners who are expert in land stewardship and meadows restoration to take this work forward.

We are so grateful to our two expert speakers at the AGM, Caroline Hanks of Herefordshire Meadows and Andrew Nixon of Herefordshire Wildlife Trust. First up was Caroline to talk about the massive benefits and nitty gritty difficulties of meadows restoration.

Caroline Hanks told us how Herefordshire Meadows are a group of like-minded farmers who got together in 2016 with 30 members, and now number 63, with 500 other meadow owners in their network to pool resources and interests on the best of farming and conservation. Local knowledge sharing partners include Buglife, Farm Herefordshire, Wye Valley AONB, Malvernhills AONB, Verging on Wild, Wye and Usk Foundation and Herefordshire Wildlife Trust.

Caroline gave huge amounts of detail on the benefits of meadows to soil health, carbon sequestration, biodiversity, animal health, and landscape and wellbeing. She pointed us to the great resources on the Floodplain Meadows Partnership’s site and in particular this one minute video. She talked us through the 5 principles of regenerative agriculture summarised in this poster from Groundswell:

Caroline packed no punches on the 4 key principles of meadows restoration in relation to the challenges at Bartonsham Meadows:

Heartfelt thanks to Caroline for sharing her knowledge. Check this link for more information on Herefordshire Meadows.

Andrew Nixon, Head of Conservation at Herefordshire Wildlife Trust spoke to us about the Wildlife Trust’s work in Herefordshire and how it would seek to transform Bartonsham Meadows should the lease negotiations be successful. He told us how HWT’s vision is to create a Herefordshire richer and more diverse in wildlife, bringing its people closer to nature – and how they do this across their 59 reserves spread over 1,000 acres of woodland, grasslands and wetlands.

What would meadows restoration at Bartonsham look like? It could end up similar to the Sturts though that is a much more rural location. The Sturts could be a source of wildflower seeds but it would be necessary to get good grassland going first, before species-rich grassland. Wetland creation in a phased manner could be implemented further down the line, along with hedgerows and tree restoration. HWT would replace the fencing with single strand less susceptible to collecting flood debris, and would seek to introduce cattle but probably not sheep. They would engage with the local community, the school, and the wider community. A mid-tier stewardship scheme has been applied for to fund arable reversion. Check out more information on HWT including becoming a member and volunteering.

The national lead organisation on floodplain meadows is the Floodplain Meadow Partnership. They have amazing resources such as this on docks and this on soil carbon.

A TASTY MORSEL TO TACKLE THE DOCKS!

Want to take matters into your own kitchen? Try the dock seed cake recipe that Fran cooked up for us at the AGM!

the dock seed flour has been used here instead of buckwheat flour. To prepare the flour: collect dock seeds, they will have their husks on but that’s fine; allow them to dry and any insects will leave the seeds at this point; roast for about 4 minutes until they smell toasty; grind to as fine a flour as you can make or they will be gritty. Use in any recipe that calls for buckwheat flour, as you get braver you can substitute out more wheat flour for dock flour. Online there are recipes for dock seed crackers and dock seed brownies. It can be used, apparently, for a “passable” coffee substitute but I found it too bitter. I have begun to use it with my cereal coffee (Wake-up, Barley cup, No-caff) half and half and that works.

Oven 180oC, use a buttered, lined square or oblong baking tray. Sieve or mix the dry ingredients. Cream the butter and sugar, add the eggs, beaten, one at a time. Gradually add the flour and beat for around 2 mins. Spread in the baking tray with apple slices arranged over the top, completely cover with apple slices, they can overlap. About 30 minutes in the oven until a skewer comes out clean, then rest for 15 minutes in the tin before taking out to cool. Eat warm or cold and drizzle blackberries over if desired.