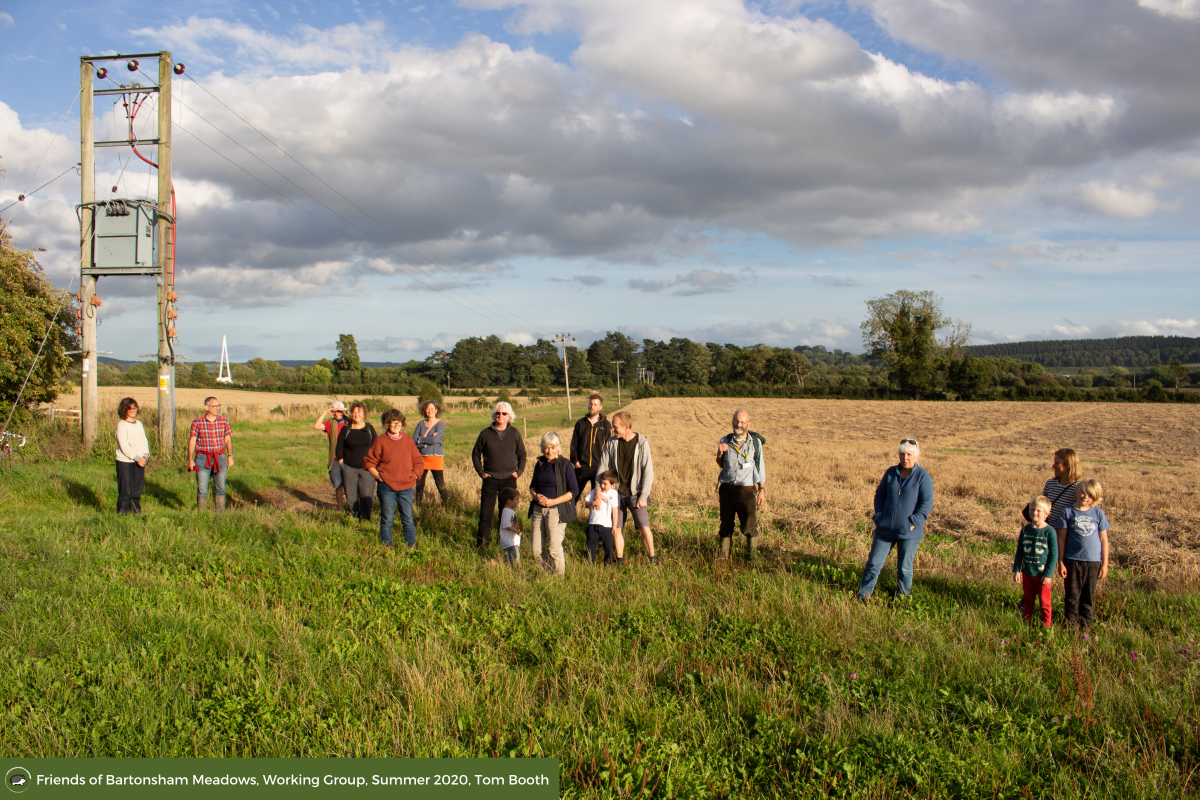 The working group of Friends of Bartonsham Meadows is a team drawn from local residents, representatives, experts and activists in ecology, archeology, history and local governance.

Charlie Arthur is a local resident and works as a consultant archaeologist. He began his career excavating the medieval sites of Hereford and went on to work in Ireland and southern Africa.  He is often to be found walking or running in the meadows and is committed to making this an ecological and social resource that future generations will be proud of.

Chloe is a local resident who has recently made her way home to Hereford after graduating from her degree in English Language and Linguistics in Sheffield this year. In light of the pandemic she has set up her own remote freelance business to help small businesses and organisations with their communications and administrative load. Contact chloe_bradman@hotmail.co.uk for any enquiries.

Mo is Tree Warden for Central ward, committee member of the Hereford Branch of the Herefordshire Wildlife Trust and grandma of 10. Mo wants Hereford to be a model healthy city for all generations, now and to come.

An intro- local resident and supporter of both city green spaces and community cohesion. This campaign is logical and decent.

Anna is a local resident and consultant ecologist.

Bill Laws is the author of National Geographics’ Field Guide to Fields and Fifty Plants that Changed the Course of History. He’s a founder member of Bartonsham History Group.

Elected to the Council in May 2019, Jeremy considers it a privilege to represent the Central ward, which includes almost the entire area of the City as Taylor knew it in 1757 plus the Victorian and later suburbs of St James and Portfields. Jeremy has a background in archaeology and curatorship, much of it for the National Trust, and particular interest in conservation and interpretation of the historic environment. Particular interests include the sensitive and socially beneficial adaptation of underused historic buildings, in green infrastructure in urban environments and in improving health outcomes through better housing.

Originating from Abergavenny in South Wales Andrew studied Biology and Environmental Sciences at Wolverhampton University. His career in conservation started in the mid-1990s working on conserving the coastal habitats and wetlands of the Romney Marshes in Kent and Sussex.  He moved to Herefordshire with his family in 2002 and worked for 13 years at the Wye Valley Area of Outstanding Natural Beauty Office in Monmouth before leaving to take up a role with Gwent Wildlife Trust in 2014.  He moved to his current position of Senior Conservation Manager with Herefordshire Wildlife Trust in April 2016.

Will is a local resident and dog walker and is out on the meadows most days. He has a professional background in rights of way and is a former director of the Institute of Public Rights of Way & Access Management. He is keen to see the meadows managed in an environmentally sensitive way whilst maximising opportunities for the public to enjoy them.

Ruth is a local resident compelled to act by her child questioning why the fields were the ‘wrong’ colour. She is a doctoral researcher at SOAS, University of London.